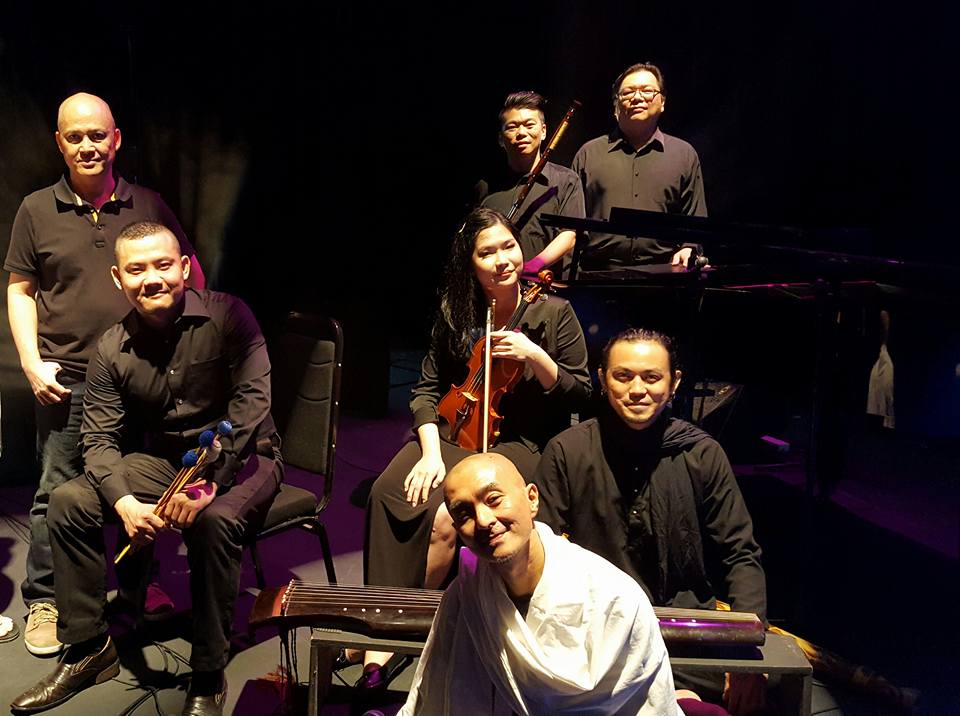 Butterfly Lovers is a modern-day dance performance I recently got to experience in a theatre setup. It is a remake of a very popular and legendary romance of the Romeo and Juliet of China – simply known to many as Liang Shan Bo and Zhu Yin Tai respectively.

There was a scene with a chair, and a person with body painted in white, struggling and shouting. As if the scene was depicting my feelings at that time, the music that was accompanying it somehow relaxed my tensed body. That was the beauty of the Japanese Butoh, which originated from the fifties in Japan responding to the effects of the war.

I remember watching the classic Hong Kong movie version of Butterfly Lovers on television a few times. It’s something of a tradition for the television here to play old movies during the Chinese New Year or the Hungry Ghost Festival. So, I was mentally searching for familiarity with this theatre production, which is a musical adaptation of the tragic love story. Like many average Malaysian-Chinese, the popular sections of this Chinese folklore came to mind: Lovers studying together and dying together leading to a transformation into butterflies – never to be separated again.

It appeared to me that the story was not much of a difference from what I had seen on television, but Lee Swee Keong’s interpretation of the story brought a whole new perspective to me. For one, I had not seen a performance this intense with dramatic live music setting off harmoniously for each new scene. It was lovely as it was beautifully portrayed. Basically, the play centers on the story of two individuals who felt a deep affinity for each other, whose relationship did not end well, and which brought great sadness to them.

Lee’s intricate dance moves shone so well that I came to believe that I was looking at a living art. By this, I mean my concept of Lee is art, and art is Lee. Throughout the performance art, Lee had my eyes focused on his fluid bodily movements. In one scene, he was standing on a large piece of white cloth that hung from the top of the wall behind him. He was holding a brush on one hand and a bowl of seemingly red paint on the other hand. It was also this scene that signaled more passionate dance until the end of the play.

As with some scenes that were touching (like, Lee crying hysterically over the departure of his lover, or tearing paper in an unexplainable trance) and comforting (Lee finally letting go in a cleansing ritual and reemerging spiritually at ease), there were also moments when I felt a sense of eeriness creeping under my skin. Here’s what I think could have made me feel this way. The lighting effects contributed to the viewer’s experience besides giving the play a sequential flow. All this was nicely complimented with the sounds of the violin, piano, dizi, guqin, percussion, didgeridoo and electronics.

Above all, Lee gave us (the audience) something else other than an international quality production. His dance techniques employ forms of Yoga, Qi Gong and Butoh. And, in the play the ending scene presented philosophies borrowed from Buddhism and Taoism. Because the play explores the themes of love, attachment, loneliness, life and death through dance, music and drama, the Chinese text in the video that followed thereafter pointed out a few key things in reflection of the play.

The video gave meaning to “the end” with this Chinese proverb: “It is impossible to retain a past thought, to seize a future thought, and even to hold onto a present thought.”

Everything about the theatre production also had another theme subtly integrated into the play, which I realised later on, and that was ‘transformation’. The costumes, the props, and especially the music developed a natural progression from one scene to another. Like a butterfly that goes through a life cycle before it can become a butterfly, the story itself also displayed transformation in the character that was played by Lee right from the start – from knowing a person to loving that person, then separating from each other and suffering a whole lot so that they can be together again forever.