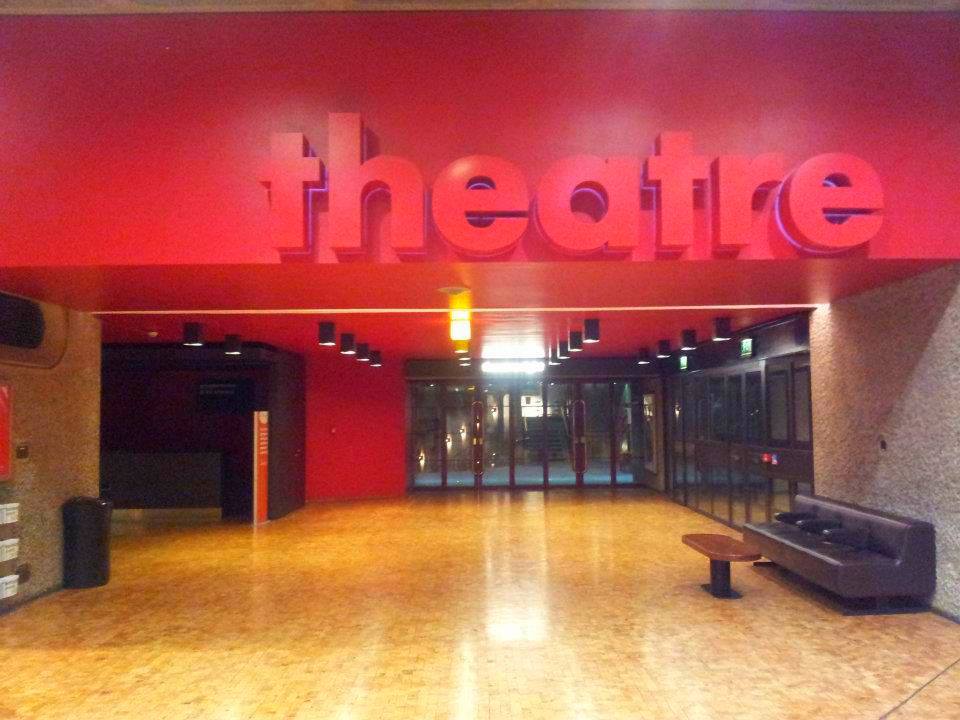 The common argument is that commercial productions are for mere profit purposes and tend to be purely entertainment. Thus, commercial productions are usually not as artistic or do not carry as much artistic integrity as non-profit ones. Three key ideas were highlighted in this article to dispel the myth of commercial performing arts productions as a less artistic product. Firstly, the arts should be all encompassing. Entertainment can happen in both commercial and non-profit productions. Next, the commercial sector is also dependent on being artistically good in order to sustain and survive. Lastly, there should not be any opposition between the arts and commerce. Be it in a commercial or non-profit environment, both processes should work hand-in-hand together. This article also explores how the commercial organizations have to take on the challenging task of audience development.

In a recent Performing Arts Administration class (September 2013) [1], my students had a heated discussion on the definition of a performing artist. When I flashed a photo of multiple Academy Award winner, Meryl Streep, the entire class agreed that she is a performing artist. Besides being recognized for her acting abilities, one of the other reasons she is considered a performing artist is the fact that she has performed in theatre productions.

Then I moved on to show the photograph of Jay Chou, a pop singer and song writer and again, the class agreed that he fits the bill of a performing artist. He has proven himself to be a talented musician and more recently, a film director. The heated discussion started when I flashed the photo of Fan Bing Bing, a movie actress. The class could not come to an agreement on whether she is considered a performing artist. One of reasons the students provided was they felt that she could not really act and she belongs purely to the entertainment industry. While those who agreed she is a performing artist highlighted that she has performed in many movies and is the second top earning celebrity in China and there is no reason why she is not a performing artist. An interesting observation was that Fan’s involvement in the entertainment industry has made her non-artist but yet, there was absolutely no discussion on this ‘entertainment’ criteria on Jay Chou, who is himself, a pop singer and is the top grossing celebrity in China [2]. Of course, at the end of the class, there was no conclusion on this matter and neither did the students managed to really define what constitutes a performing artist.

This is not an uncommon discussion. In my career as a theatre practitioner and educator, I have heard and been in several debates on commercial performing arts organizations as compared to the non-profit ones. The common argument is that the commercial productions are for mere profit purposes and tend to be purely entertainment. Thus, commercial productions are usually not as artistic or do not carry as much artistic integrity as non-profit ones. What has led to such thoughts? One of the possible explanations is a general understanding that a product of the arts needs to be subsidized. Therefore, commercial productions that are not subsidized are not considered art. This next section of this article seeks to dispel this myth.

Performing Arts and Entertainment: Some Insights

“In sum, we believe that entertainment must be defined largely in objective terms. Entertainment, in our view, involves communication featuring external stimuli; it provides pleasure to some people, though not of course to everyone; and it reaches a generally passive audience.” (Bates and Ferri 2000:15)

The quote above suggests that entertainment triggers some pleasurable feelings in the audience. While it states a need for audience, there is no mention that entertainment must be profitable. Also, it not uncommon to come across small and experimental non-profit performances that are highly entertaining. The quote also highlights that the intended entertainment might not reach all the audience. Hence, it is incorrect to say that profit-making commercial productions are purely entertainment. The performing arts, like all art forms, should be all-encompassing (Searle and Streng 2001: 6). One should embrace different genres of performing arts from musicals to avant-garde performances, and from commercial to non-profit productions.

The next consideration is perhaps on the concept of being good. Definitely, many will argue that the concept of good is subjective. The audience is perhaps the best judge. By audience, I am not referring to the size of the audience as a gauge but the ability to retain the audience. Some non-profit productions may have a small audience capacity of 500 but if they are good, there is a likelihood of retaining some of these 500 audience for their future productions. The English Chamber Orchestra (ECO) in London is a good example to illustrate the concept of being good. Being a privately run orchestra, they have attained considerable success for being the most recorded Chamber Orchestra in the world [3]. The founding chairman of ECO Music Society, Leopold de Rothschild, once said, “It (ECO) is an enterprise governed by market forces and reliant on public demand for the excellence of its music making.”

There are three key phrases in the above statement. First and foremost, the market force is in place and it suggests the commerciality of ECO and further suggests the lack of public subsidies. Next, the public demand refers to ECO’s potential audience. Finally, excellence of its music making refers to the good. If ECO’s music is not good, there will not be a public demand (audience) and will then make no sense to its commerciality. According to ECO’s artistic director, Quintin Ballardie, “There is no such thing as public money without strings. We have to produce the best product. I find that pressure stimulating.”

Again, the statement suggests that the orchestra is pressured to produce the best music and further suggests that other orchestras being subsidized (non-profit ones) might have to compromise their artistic integrity in order to fulfil the award of the public grant.

Finally, it is worth looking at the relationship between the arts and commerce. In his interview with the Harvard Business Review in the year 2000, Disney’s chairman, Michael Eisner stated that art and commerce go together. Derrick Chong, in his landmark book, Arts Management, questioned the following, “Must artistic excellence and market forces be viewed as oppositional? Are there not distinct advantages for an organization to operate under the banner of private support and public access?”

Both Eisner and Chong do not see the opposition of the arts and the need for commerce. In his recent sharing (October 2013) [4], Hong Kong veteran film and theatre producer and director, Ko Chi Sum, argued that all productions, be it commercial or non-profit, are involved in some form of commerce. Sales of tickets are considered a commercial activity. The key difference between the commercial and the non-profit, in this respect, is the fact that the non-profit is unable to share its surplus with investors and stakeholders. Nonetheless, it does not mean that the non-profit is not hoping to make a surplus. He further commented on the non-opposing relationship between the arts and commerce. He stated that the arts is about the product (the productions, in the case of performing arts) and the commerce is about the management. Both processes run concurrently and they are both important in all forms of productions, be it commercial or non-profit.

So far, I have highlighted three key ideas to dispel the myth of commercial performing arts productions as a less artistic product. They are

(a) The arts should be all-encompassing. Entertainment can happen in both commercial and non-profit productions.
(b) The commercial sector is also dependent on being artistically good in order to sustain and survive.
(c) There should not be any opposition between the arts and commerce. Be it in a commercial or non-profit environment, both should hand-in-hand together.

Non-profit organizations are dependent and can depend on public funding and there is always an ongoing debate on whether the funding and grants are sufficient. That is the challenge for non-profit organizations. Commercial performing arts organizations have got their own challenges as well. For the non-profit organizations, the subsidy received might ease off a part of their burden to sell out their house. On top of that, there is no need to consider a long run, thus, keeping cost considerably lower. In an environment where is there is no form of public funding, commercial productions are highly dependent on their ticket sales. Moreover, as much as they are dependent on the sales of tickets, there are limited number of seats in the theatre and limited number of shows they can perform in a day (usually one show a day or two shows on weekends). Commercial organizations might have to consider a longer run in order to be sustainable. There will be higher risk with higher variable and marginal cost. Therefore, in order to be sustainable, commercial organizations have to put in more efforts than the non-profit organizations in terms of audience development.

Audience development is no simple task. In 2010, over three million people attended the arts in Hong Kong, which was just less than half a percent higher than in 2009. Yet, the number of arts events increased by 10.6% between 2009 and 2010 [5]. By audience development, the commercial organizations have to address several issues. Firstly, they have to invest in effective marketing that addresses the target audience’s core values, lifestyles and interests. Next, the commercial organizations have to be more reactive and responsive to the changing attitudes and interests of the audience and probably have to do more research in the external environment.

The success of commercial productions such as The Phantom of the Opera and Cats in the United States have generated many new audience, who eventually supported other commercial and non-profit performing arts productions alike. Perhaps commercial organizations are doing a favour for the arts here.

Dr. Benny Lim is a Lecturer with the Department of Cultural and Religious Studies in the Chinese University of Hong Kong. His main research interest is on postmodern self-reflexive theatre as well as arts and entertainment management/ education.

[1] Performing Arts Administration is a course under the Master of Arts in Cultural Management programme in the Chinese University of Hong Kong. [2] Both Jay Chou and Fan Bing Bing’s earnings are based on the 9th Annual Forbes China Celebrity 100 list–ranking the most influential entertainment and sports celebrities from mainland China, Hong Kong, and Taiwan, which was released on the 3rd May 2012. [3] According to ECO’s website: http://www.englishchamberorchestra.co.uk/bio.php (assessed 9th October 2013): The English Chamber Orchestra is the most recorded chamber orchestra in the world, its discography containing 857 recordings of over 1,500 works by more than 400 composers. [4] Ko Chi Sum spoke in the Chinese University of Hong Kong on the 8th October 2013. [5] Hong Kong Arts Development Council Annual Report 2011/2012 (Published in November 2012)

Searle, Y., Streng, I. Where Analysis Meets the Arts: The Integration of the Arts Therapies with Psychoanalytic Theory. Karnac Books, 2001.