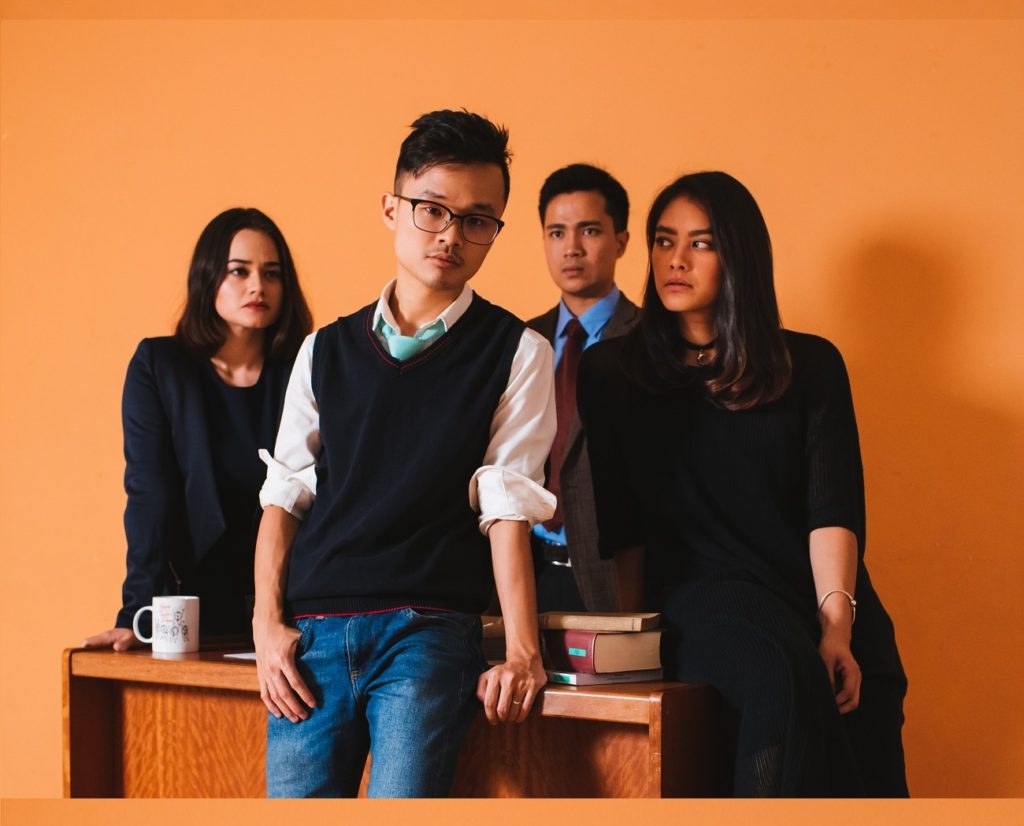 “Its hardwired into my brain”

“She triggered the same feelings”

“I would do anything to get my mother’s love”

These triggering phrases might be hard to hear for some theatregoers watching ‘Jade’. Yet, they might also come away with the same sense of mild unease I had when I left the Blackbox. A play like ‘Jade’, a ‘slice-of-life’ look into the significant moments of the life of a teacher who had raped his student, is supposed to evoke a strong response. An emotional, sometimes physical, but a visceral response is a promise made by the production when they present such a topic. Yet, the dialogue felt so accepting of the justifications the teacher was giving for why he did what he did. It was saying, “well he was damaged as a child and its no excuse but it makes sense he grew up crooked”.

‘Jade’ is more than satisfactory in many ways, but it missed the target when it came to eliciting emotion from the audience. I did not feel affected in a fundamental way afterward.

I should have felt jubilant at the way the rapist teachers life fell apart, I should have cried when he described the 14 year old victims ‘soft red lips’ and moments later when the principal described the blood on the victims kitchen floor which led to the discovery she had been raped. I should have wanted to rip the man apart when he lovingly, minutely described grabbing the child, ripping off his trousers and then seeing the terror in her eyes as she begged him to stop.

My mild unease was because I didnt have these strong reactions to the play. Intellectually, I understood what I was watching. I received the message, I appreciated the awareness it was supposed to raise, but on an emotional level, it was hard to connect with.

It started off so well, Aaron Teoh was the teacher resigned to his fate and I believed him and what he was saying. But, then, a choice the actor made broke my immersion, and this happened a few times during his performance throughout. Aaron Teoh was clearly a great choice to play this character, he was irritating, he was selfish, he exuded the ‘quiet man with a violent streak’ stereotype. Teoh’s character really believed that the world was against him. It wasnt him, it was everyone else leading him to disaster, and this was a realistic portrayal of the victimhood that rapists bestow on themselves.

Maybe, the character was too word-heavy, he spent a lot of time in exposition. Unnecessary exposition can lead to some breakdown in immersion and that sadly took away from some of the impact that Teoh’s performance was meant to have.

Afterward, talking to Reuben Cheow, I understood that being overly talkative was supposed to be a characteristic of the character. But, in the real world, even if someone wants to expound for a half hour, people are not obligated to listen. Yet, everyone the sex deviant wants to talk at, quietly listens! His victim, the wife he betrayed, the friend whose trust he destroyed, they all stop, sit still and listen to him when he yells at them to listen to him. Artistic license?

At any rate, Teoh is a talent and his performance should be seen.

One character who helped make the story believable was Stephanie Van Driesen. Where Teoh, while a good actor, never managed to make me believe he was in his 40’s, Van Driesen was the exact caricature of the betrayed wife. The mother struggling not to lash out and break the man who hurt her child. The woman trying to understand how she didnt see the monster in the man she married. She made a remark about the internet which was funny in its words, but the bitterness with which she said it was so dripping in disgust, I really believed in her anger.

Claudia Low played the damaged young woman, the namesake of the play ‘Jade’. Low has a very engaging personality on stage, she made me feel uncomfortable with the way she was behaving towards her victimiser, and this was exactly what her performance is meant to do. Maybe it is societal expectations that makes me feel like she should have seemed more broken than she played, but the defensive, confused, unstable, desperate young woman felt like a real person and that is a testament to her acting skill.

Both Low and Van Driesen were bright points of light during the play that took it to the next level, they made the play. Their portrayals helped tie it all together and added the necessary weight the play needed.

Now we come to principal Hedgehog: friend to the friendless, the fakest cough in the history of fake coughs. He can act, he can’t cough. Seth Sabri did a good job playing a nice man beset on all sides by a tragedy he could never have imagined. He had some difficulty fitting into the role at the beginning but by the later scenes, he had become a little more comfortable. Sabri didn’t quite manage to sell the idea that he was an older man either, but he played the role of good friend very well. I feel like seeing him in a different type of role, perhaps comedic. I feel like he could do something really special with a more complex role.

The best thing about ‘Jade’ is that it had good actors. Reuben Cheow has given us something that we will not regret seeing, and it will definitely spark discussion. The discussion might focus a bit on the lightness of a play covering such a heavy topic, but it is for a good cause and addresses something that we Asians usually prefer to sweep under the carpet.

If not a must-watch, ‘Jade’ is definitely a ‘should-watch’.

JADE by In Three Minds opens tonight in the DPAC Blackbox.

‘I Don’t Think we Don’t Love Each Other’ – A review of Betrayal: an adaptation
Thundering applause for Thunderstorm