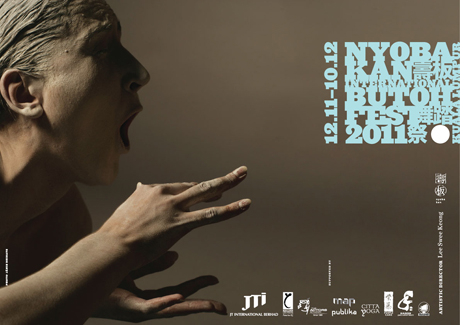 Foolish，Ridiculous, Mystery, and Sacred – This is Butoh

This is a reformation of social and culture, a unique behaviour performance, which created by the Japanese as a result of searching the meaning of humanity after the World War II. This uncompromising performance method and concept have deeply influenced many artists around the world.

50 years later, Butoh dance has emerged in many features in different areas due to the changes in humanities and other necessary factors. In this year, Nyoba Kan International Butoh Festival has invited the artists from East Europe and America for the very first time, and it is strongly supported by the Butoh Master, Yukio Waguri, who is also participating the event. Waguri san is the main disciple of the Ankoku Butoh founder Hijiakata Tatsumi (1928-1986), who is also the rare Butoh master of second generation.

The presentation of the Butoh Festival enables the people to observe the phenomenon of Butoh around the world. The series of workshops are a rare opportunity to experience the different Butoh techniques. Let the Butoh touches our senses, and unfold the unknown condition of freedom.

Tickets could be purchased here:

View The Actor’s Studio in a larger map