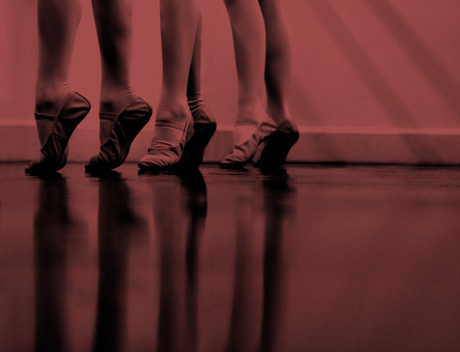 Looking for Fairness in an Unfair World — A piece of writing reflecting on Red Ballerina, a work-in-progress presented by Theatreworks Singapore.

“I once asked a Buddhist abbot why I was like this, so easily angered. He said that I needed to understand that there is no fairness in this world. We must somehow find fairness in an unfair world. Buddhism has taught me that Man determines the amount of fairness in the world. The fairest thing we all can do is not to hurt each other. “ (Goh Lay Kuan’s oral interviews at the National Archives of Singapore (NAS))

There is no such thing as a fair review. It is usually written by a biased individual, based on his/her own aesthetic taste. To review Singapore theatre company Theatreworks Artistic Director Ong Keng Sen’s newest work-in-progress Red Ballerina as a non-event is in itself an uneventful endeavour. For I would be totally missing the point by going on to talk about the execution of the work by actors Karen Tan and Lim Kay Tong. How could I review a work-in-progress? It was not even complete. Since the performance has been presented to an audience, quite many of us actually, not to mention a performance run over the next one or two days. The work did speak to us. To respond to it seems fair.

Labels “Fairness” and “Unfairness” are just binary points set out to generate discussions, or an academic term “discourse”, and more so the practice of politics in the Singapore arts scene. For the two are simply referred to (in Chinese Language) as 混沌, loosely translated as Chaos in the English Language: natural occurrences in nature. Since Man cannot control what goes on in nature – especially so in various phenomenon in the Singapore arts scene – what can he/she control?Singapore eminent and publicly less recognised choreographer Goh Lay Kuan’s words in the above transcript in the National Archives of Singapore seems to provide an answer. Indeed Man can only control himself and try not to hurt a fellow Man. It is the fairest thing Man could do. Discourse will only be constructive when Man is able to control him/herself not to hurt others in the process of dialoguing with others. But in the words of one of my fellow colleagues in Lasalle College of the Arts, where I teach part-time, how many people could proceed from “accepting the status-quo” to “be able to transcend it” （你虽然能看得破，但有几个人能真正渡得过）. It seems simple, but it is definitely not easy to achieve. Many a times we know unfairness in the world; how many of us could really get over it without passion and emotional burdens?

To request that people get over things quickly is a tall order. Realistically we should try to understand how they have managed to recognise the harsh reality; their attempts in wanting to get over them. It is a valuable learning experience.

Indeed Goh Lay Kuan’s journey in the Singapore dance scene seeing the challenges in developing modern dance in this country in the early years has given her strength, for she needs it in overcoming numerous problems. Realising that they are not going to go off at all （看得破）, she will just have to get life going（渡过）. Red Ballerina narrates just that. Whether or not Goh Lay Kuan has seen it all and managed walked through them is least important, for she will be the only one with the answer, personally. The purpose of  work-in-progress Red Ballerina is to promote better understanding of Goh Lay Kuan’s arts practice process. It is also a valuable referencing source for all arts practitioners in Singapore.

Goh Lay Kuan’s work and achievements are recognised both in local and international dance communities alongside husband the late Kuo Pao Kun, whose recognition in the area of Southeast Asian Chinese Language theatre by international academics was vast. They have been held in high esteem. Both of them have shaped a large part of the Singapore performing arts and culture. Her life story is indeed a module of its own that should be studied in all dance schools at a tertiary level. For the value in this lesson is her beliefs in the art of dance: art not only in the technical part of the performing arts form, but the attitude and spiritual development of a dancer as well. A additional minor point: to stand strong above the cultural hegemony of the prominent dance family in Singapore at that time, not appearing in flashy advertisements that dictated what dance should be in Singapore, Goh Lay Kuan’s dance journey was in itself a life test. Despite these problems, she has emerged an important figure in the Singapore dance scene.

But not forgetting, together with her, there are others – Angela Liong (Arts Fission), Lim Fei Shen, Late Tony Llacer, Boon Teo – who taught ECNAD’s Tan Chin Huat – Ong Lay Kheng (whose work Where 2 Ends Meet Ong Lay Keng saw local independent dancer Joavien Ng performed in), Goh Soo Khim and late Anthony Then of Singapore Dance Theatre’s fame, to name a few. As seen Goh Lay Kuan was never alone in the Singapore modern dance arts scene, for there were many who accompanied her in shaping Singapore modern dance.

Hence the beginning of the process of archiving dance arts in Singapore starting with Goh Lay Kuan’s story is apt. For it would open a new page on the necessity of documenting Singapore dance history, especially for young dancers in the Singapore scene. In addition, hopefully, it will generate more discourses in the Singapore dance scene, taking stock on how far Singapore modern dance has come. Theatreworks Artistic Director Ong Keng Sen saw immediate urgency to begin doing this – ironically it should be the task of the National Archives of Singapore (NAS) – setting up a “permanent repository of cultural legacy that will educate the next generation of artists and their creations.” (Programme Sheet, Red Ballerina, 2010). His ability to “go beyond” （看破） Singapore’s lack of urgency in documenting this part of Singapore performing arts, and initiating this project studying Goh Lay Kuan – and also the work of late Kuo Pao Kun – is a significant gesture in recognising the importance of this task in Singapore. Theatreworks has taken the first step. More should be done to get this project going, not only in the area of preservation but also in disseminating information to all. Hopefully it will serve as a reminder to all dancers and dance educators in Singapore that there is more to dance than just a performing arts form.

For this project will encounter many hurdles. One of them is a general lack of interest in Singapore dance history, especially among young dancers of today. Most young dancers attend dance performances in support of their teachers as a form of idol worship, rather than understanding the performing arts form, both in technique and spirit. The internet has given them more information on what it takes to become an international dancer, enjoying the prestige and fame, rather than a dancer/artist relating his/her existence with the society and the world at large. We don’t see much of the latter in Singapore. In Goh Lay Kuan’s words, “to stay rooted in this soil”. To be here requires one to love him/herself as part of the Southeast Asian performing arts community. We see strong inclinations towards this value system in dancers’ bodies from other Southeast Asian countries, less so for Singaporean bodies. For one, Thai dancer Pichet Klunchun is totally rooted in his Thai culture, developing new dance vocabularies from classical Thai Khon dance. In Singapore the challenge in trying to achieve this proves to be greater, for the country does not have a mature people’s culture, as yet. Nowadays, travelling to New York and Spain seems to be natural progression, for to excel in the western modern dance scene is a yardstick in Singapore’s own definition of dance excellence.

To acknowledge this stark reality is difficult. But to let other aspects of dance slide into disappearance proves more difficult for me to swallow. The second hurdle is the tedious task of preserving the practice of Applied Dance in Singapore, especially early childhood education as well as disability dance education. What’s lacking in Singapore is dancers/choreographers’ passion and conviction to want making Singapore society a better place to with it. Goh Lay Kuan’s past work in developing dance for disabled children is an exemplary example of an artist wanting to contribute to his/her society. Her unwavering spirit in wanting to help these underprivileged children is commendable. In addition her ability to see beyond the fairness and unfairness of life in all its permutations, and to want to make a difference in other people’s lives, making them better, is the true spirit of an artist. But honestly how many dancers in the Singapore scene would trudge the ground in this area of work giving up development opportunities in the more glamourous area of dance: becoming renowned artists and choreographers? This requires great discipline in one’s own self-cultivation: Again, his/her ability to see beyond the only one domain in dance development in Singapore and to discover other opportunities – the preliminary stage of “looking beyond things” （看得破）.

The ability to look beyond things requires one to exercise compassion and humanitarian love. Goh Lay Kuan’s heart in the right place. She devoted herself to loving those who are in need, to train those who might benefit most from dance, to voicing out an artist’s right in freedom of expression. Much of that was anchored in anger – or rightfully called angst – responding to the unfairness in this world, much to her detriment, health-wise. But the unknowing process of trudging through hardships by constantly reflecting upon herself the purpose of her existence has made her “see beyond things” （看得破）. The words of that abbot Goh Lay Kuan consulted – “ We must somehow find fairness in an unfair world.” – rang clear. What’s fairer than to treat a fellow Man with fairness and love, not hurting him/her? In this, nothing matters anymore, for the world has become smaller as she travels, less things are new, wisdom accumulated. Clearly Goh Lay Kuan has seen it all. Now her challenge lies in her ability to go beyond it (真正渡得过).

Not many people will be able to actually go “beyond it”. “Going beyond it” refers to total freedom. For it would mean even having a sense of purpose in life is also not important, fully embracing the workings of the cosmos and the universe; my effort in trying to make sense of Red Ballerina in this piece of writing will also be unnecessary. Every artistic piece of work requires the passion and conviction of an artist, for the most extreme of emotions within them will generate the energy required for the art-work to affect an audience/spectator. Goh Lay Kuan’s state of serenity and quietness did not come through a conscious process of self-cultivation, but as an after-thought. This is wisdom accompanied by history. So, in the nutshell, it is fine to not reach the level of having an absolute ability to “look beyond” things, for it will destroy art, making it ineffective and mundane, an activity of the normal Man. Constant pursuit in looking for fairness in an unfair world is the key to artistic excellence. It is an extremely difficult journey. For not everybody will end up like the Buddha, achieving nirvana.