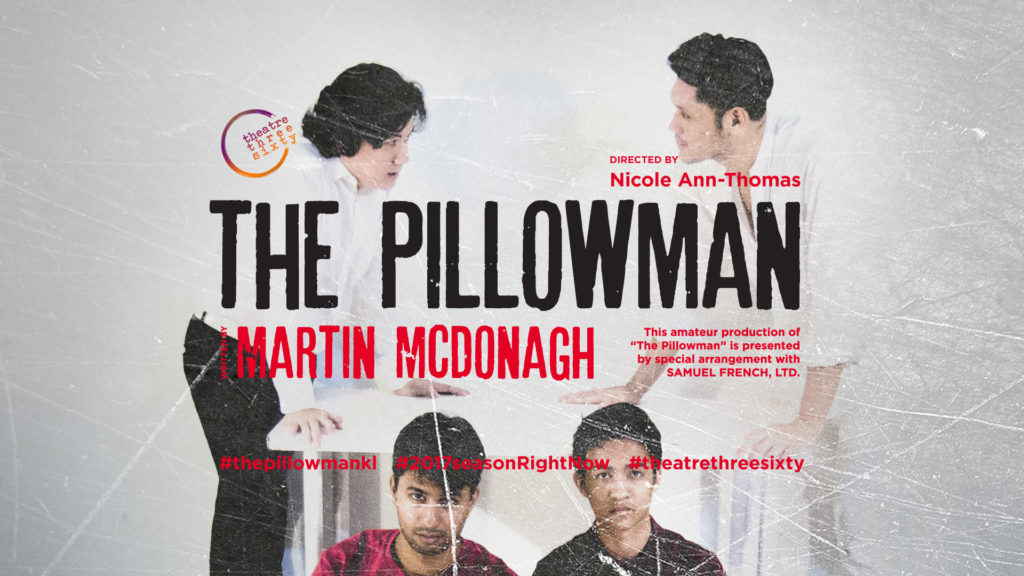 The play talks about the life of a storyteller, Katurian. Katurian has written a lot of stories depicting on violence against children including a story that features gruesome plots about child murder and torture. Because of that, he has been arrested and being questioned by two police officers, Ariel and Tupolski about some violent child murders that happened recently, because the police believe that some of the stories are connected to the murder. As the interrogation begins, it slowly reveals the answer to several unanswerable questions: Can a story cause atrocities? Where is the line between the truth and fairytale? Where does the fairytale end, and where does the truth begin?

The Pillowman is a play that remains relevant until today since its first reading. This black comedy play explores the power of narrative, and the role of the writer, especially in the modern world we live in. How important a writer is and how dangerous they can be, storytelling and the relationship between truth and fiction nevertheless. Martin McDonagh, one of the most important living playwrights who are considered to be one of Ireland’s most contemporary voices, expresses freedom of speech in a brutal way.

Theatrethreesixty will be staging this play at the Enfiniti Academy Black Box, Petaling Jaya from July 20th to July 30th. The show may contain scenes of violent and graphic nature that may offend and shouldn’t be viewed by audiences under 13 years old.