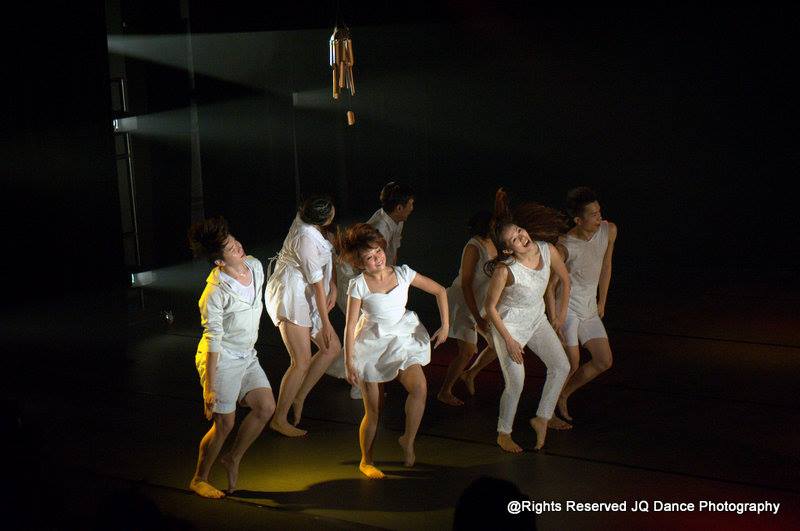 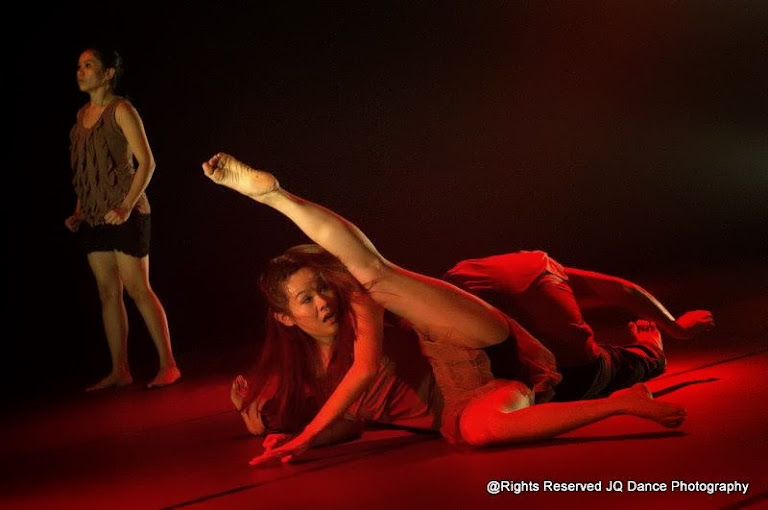 Life begins with nothingness — A concept that seems to be difficult to understand/accept by many, especially those who has a faith. Reading Lawrence Krauss’ A Universe from Nothing: Why There is Something Rather than Nothing will shed more light on this; watching and reading into Malaysian choreographer Mak Foong Ming’s work Safe Distance will see bits of Lawrence’s ideas coming into being in a theatrical environment. Dancers begin from the most fundamental of movements, in Mak’s case — the movement of the hands. Mak’s discription of her work reads:

Safe Distance explores the interpersonal gap that must be occurred in order to keep safe and comfortable. Once breaches happened, the psychological self-defensiveness will be generated and may cause one lose his mind. Mak Foong Ming fuses the elements of daily gesture/movement and emotion to reflect on the necessary hypocrisies of day to day life.(1)

From the outset, the work seems to lament on how peoples deliberately intend to keep safe distances with others, for any breaking of such distances will invoke natural reflexes of defensiveness. As much as the association of hypocrisy to these natural defence reflexes might be a tad too trying, but on the whole it serves as a good thesis for a good dance piece. Any dance piece that attempts to explore human nature and its actions is a good anthropological exercise.

The scenes between parts of the choreography has good flow and interconnectivity. It brings about struggles between the self and others. Elastic tank tops serve as semiotic references to one’s struggles within him/herself as well as the emotional ebbs and flows with others. Surrealist scenes of dancers moving in and out of the space at different intervals also reflect the temporal flows of emotions and one’s emotional development and negotiation.

Dancers (CHOW YONG SHUANG, HONG XI FAN, LIM HOOI MENG, LIM SIEW LING, LEO YAP CHEE YEE, MATTHEW TAN YEONG KIEAN & TAN SHIOA POR) have given their best in inhabiting “nothingness”, the very notion which anchors the piece. A challenge, it is. The choreographer should be lauded for attempting such a difficult theme on stage.

On other other hand, Leng Poh Gee’s work has got much more mainstream appeal. Using Chinese songs of the yester-years, the piece transported audiences back to the the early 90s where these songs represented the aesthetics and the spirit of that bygone era. Belonging reminds us what’s takes to be an ideological youth — 文艺青年. These four words have brought about nostalgia and politics.

Dancers cavorted to the melodies with great energy and spirit, allowing the audiences to revel in the moves inspired by the re-arrangement of the songs by John Siew, who is also the composer of the audio elements (including music) of choreographer Mak Foong Ming’s piece. Siew’s audio has got a nice eclectic quality, where the crescendos of the audio elements actually added more texture into both Mak and Leng’s pieces. More could be written about his audio elements. This is not the right platform to do so. A little addendum to this: More should be written about sonic and audio art in this country, something that local audio and sound artists need.

On the whole, Lapar Lab Productions has brought two nice intimate pieces of dance theatre to the audience. They are honest. They brought little lessons about how we could understand and live life in the short span of time we spend in this world.