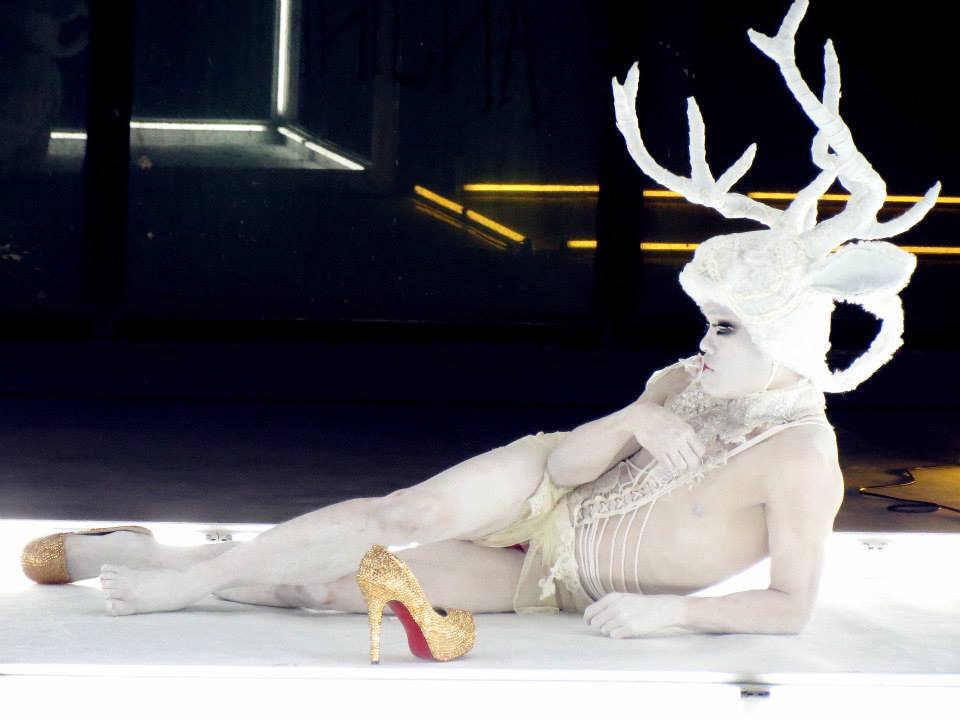 Malaysian Butoh-inspired dance company Nyoba Kan’s Butoh Festival has entered into its seventh year. Presumably one of the most important performing arts event in Malaysia, its programming has always been no less than eclectic and — to many average Malaysian theatre-goers — artistic. From inviting world renowned Butoh masters Waguri, to featuring The Ten Thousand Hands Arhat, to now The Rhapsody of River Wisdom, a festival programming inspired by the renowned Chinese painting Along the River During the Qing Ming Festival 《清明上河圖》; artistic director Lee Swee Keong has brought to the Malaysian shore the study and aesthetics of the Japanese Butoh as well as performances inspired by the post-war Japanese dance form in the avant garde theatre of the fifties and sixties.

In 2014, under Lee’s direction, Nyoba Kan takes inspiration from the China’s most renowned painting and assembles a group of Malaysian artists to present their works in and around performing arts space Damansara Performing Arts Centre located at Damansara Perdana, in the Malaysian city Petaling Jaya.

From classically trained musicians from the West and China, to fashion, graphic and lighting designers, to choreographers and dancers, the programme looks set to present a carnival-like performing arts showcase of works of invited artists.

This might be an inter-disciplinary project not commonly seen in the Malaysian performing arts scene. Films, dances, music and exhibitions will be digitally-appropriated to interact with audience members, as the programme promises.

What’s interesting lies in the festival’s attempt to replicate the excitement generated by a replica of the original painting during the World Expo in China entited The Lively Picture of Along the River During the Qing Ming Festival.

As much as the painting was made “alive” through the use of CGI effects, Lee Swee Keong attempts to make theatre and installation art alive for the audiences at the Damansara Performing Arts Centre.