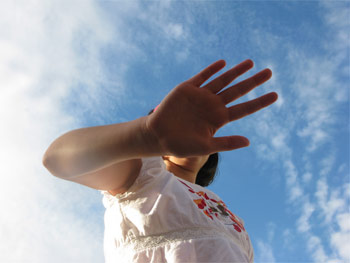 While undertaking a course at a certain technological university in Singapore recently, I realized the real meaning of rebelliousness in our sunny non-violent and clean little island.

The course is conducted by an ever-grinning instructor whom I believe has every benevolent intention to pass on her dearest socially conscious teachings to our cohort.

In class, she flashes flawlessly neat PowerPoint slides, spins straight-off-the-textbook definitions of sociological theories and presents perfect step-by-step questions in her handouts to guide our thoughts. (God forbid our brainwaves should clumsily interfere with her teachings.)

However, our Big Sister is never quite able to fire the enthusiasm of her students. Many drift in late for lectures while others do their work in class. Some take suspiciously regular and extensive trips to the washroom. And most, if not all, remain silent whenever Big Sister poses questions. Such audacity!

It seems that no amount of persuasion, instructions or smiling threats from our instructor could stir the slightest response from her undergrads.

Are the students dumb?

Certainly not, for I’ve taken courses with many who have expounded philosophical arguments and political views that had set tutorial rooms ablaze.

Surely it couldn’t just be the humidity that’s keeping us lethargic. Aren’t we the air-conditioned nation after all?

Then it hit me.

Singaporeans could be the most rebellious people in the world because apathy is the highest form of civil disobedience.

Defined by an active refusal to obey the commands and demands or occupying power, civil disobedience is a public act of non-violence and passive resistance.

Whoever said not speaking up meant that we had no opinion? On the contrary, Singaporeans are born protesters as apathy is the mother of all demonstrations.

Why else would we have used silence – the most lethal weapon of all since you cannot grasp it, much less fight it – to voice our disapproval towards Big Sister?

Nothing could be more defiant than ignoring the events.

Can any amount of government campaigning produce more babies or make our youths interested in current affairs?

Silence is our deepest display of disregard.

Oh Singaporeans, you are soooooo naughty!

But before I get too excited, one might argue that Singaporeans aren’t silent at all because we seem to complain so much so that it has been touted as a national pastime.

Yet, is not complaining another symptom of indifference as it aims only to find fault without establishing any concrete actions? Just as apathy implies an absence of concern for an issue, whining about it is like barking without the bite – empty words that frustrate but solve nothing.

So as the semester continues under our instructor’s sadly impotent attempts at educating her class, I feel a peculiar sort of pride in the powerfully quiet uprising amongst us.

Now whoever said we didn’t have activism? Hooboy!

The next time somebody dismisses our fellow citizens, tell them to watch it because Singaporeans might be the most rebellious people in the world.