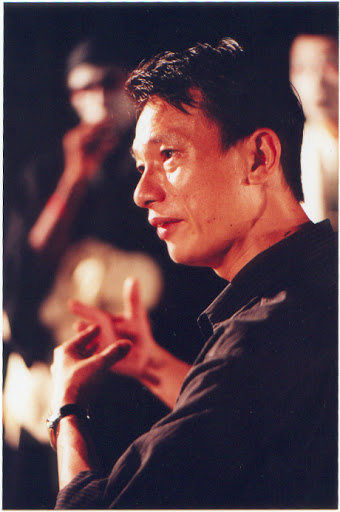 William Teo – When independence meant something

What does it mean to be a truly independent theatre practitioner? Perhaps an old question that warrants reflection, or, to most people, a dated one that is futile to discuss upon: every theatre practitioner is an independent individual anyway. To the critics holding the view of the latter, it is attempt to evade the very question that might question their credibility, or not to provide a concrete answer to it in fear of losing to the criticism of subservient associations and affiliations that will undermine independent voices; the co-option of one’s body by hegemony. This phenomenon is not uncommon in the Singapore theatre scene. There is soft power levied by larger, well-funded, monetary-resource endowed companies in terms of providing ready employment to theatre-practitioners, their abilities to provide a sense of artistic identity, their abilities to provide constant employment on a long-term basis, not to mention strong reassurance of longevity in regular income; as what the person who coined the term Joseph Nye referred to as primary currencies — the institutions’ values, culture and policy practices that can repeal and attract theatre-practitioners to “want what they want” (1) (Nye).

Hegemony created by well-endowed theatre companies influences theatre practitioners’ want in determining what he/she should want is in need of serious critique in this country. For it diminishes the voices of the real independent artists. The definition of independent artists should not be restricted to those who have not been co-opted by state institutions, have established their own set-ups away from state funding support, have decided to work on a long-term basis with a few selected companies in the Singapore arts scene with the aim of claiming an unique artistic voice, but those who insisted on holding on to the belief that an independent voice is not an entity, but a spirit of honest expression. An independent artist is one that — on the contrary to conventional views of an idiosyncratic artist’s obstinateness — insisted on his/her own way of looking and reacting to the world, on having their own spirit of expressing themselves, on having their own unique world positions. Being independent is to sustain one’s own creative thought with self-respect and integrity.

In the late eighties to the early nineties, there was a truly independent voice in Singapore theatre. That was William Teo. He lived and created during the time the development of independent theatre, independent music, independent book-stores, independent media, not forgetting independent intellectuals, was at its best. It was a beautiful time. Asian-In-Theatre Research Circus (later Centre) was born in 1990, with William Teo at its helm, not only as its leader, a spiritual anchor too.

William Teo (1957-2001) was one of the pioneers of Singapore’s English-language theatre in the 1980s and 1990s. That was a time when English-language theatre in Singapore took off, with a new generation of theatre artists, playwrights and directors who grew up in the post-Independence era of the late 1960s – 1970s exploring and expanding theatre styles, techniques and methods. He was also known for theatres with qualities of a highly-visual staging, the influence of traditional Asian performance forms in the storytelling, acting, and staging, and a commitment to in-depth research and actor’s preparation and training.

William passed away at the age of 43 in 2001 but he touched the lives – and indeed, the theatre practices – of many Singapore theatre artists and is fondly remembered by artists as well as by his audiences. One of the hallmarks of his productions was the care for the audience’s experience of theatre, from the moment they enter the theatre building to the close of the performance. It was a view of ‘total theatre’, through which the magic of the theatrical experience emerged.

“…although Asia-in-Theatre has not been very productive (an average of only one production a year), nor has it had a huge audience, the quality of the group’s presence in the Singapore theatre scene outweighs that of companies doing many more shows and commanding bigger audiences.”(2)

It was indeed clearly a time when this independent voice was heard by peers. Kuo Pao Kun was once an independent artistic voice in Singapore too, especially in the late sixties and early seventies. In his later years, he became the most respected theatre elder in Singapore, partly — paradoxically, it seemed — due to the result of power endowed upon him by the state, notably the awarding of the cultural medallion in 1990 recognising his achievements in the arts, which have made him a prominent figure in the Singapore arts scene. In this case, power helps the independent voice to emerge, making others take notice. Most people got to know about William Teo’s theatre through the study of the two pieces of writings by Kuo Pao Kun in the book. Kuo Pao Kun’s words lent strength to it.

It is also power that has allowed Kuo Pao Kun’s relatively under-read written review titled Theatre Goes Out Into The Open on William Teo’s performance of Medea at Fort Canning Hill to see the light of day, deserving due academic attention, not to mention to be taken rather seriously by theatre practitioners in Singapore. It was power Kuo Pao Kun had — after it has been bestowed upon him by peers and the state — that gave William Teo a voice of affirmation and recognition that made him standing strong among the greats in the Singapore theatre scene, despite not being productive and having big audiences.

The name William Teo seems to have risen above the realm of independent theatre, given that a retrospective event has been organised for him at The Substation from 11 February 2010 onwards, but the very spirit of independent theatre (its refusal to be dominated by hegemonic discourses) William Teo has left behind is not dead. For the continuation of his legacy till this day — albeit a weak one (characteristic of independent theatre) — was the collective effort of former members of the Asia-In-Theatre Research Centre, who have kept the creative spirit of William Teo alive through his different spiritual re-incarnations: a now-defunct theatre company in its original name, and World-In-Theatre.

Whether or not World-In-Theatre will be able to carry forward the torch late William Teo has insisted on is in itself a work-in-progress. An independent voice’s journey, it seems, waiting for power to propel it to another level.

The above story seems to have subverted conventional wisdom on the relationship between power (or, hegemonies, allowing for a comparison) and the independent voice. They seemed to contradict each other, but power being put in the right hands can make a difference, like what Kuo Pao Kun did coining the gradually forgotten term “Total Theatre” to describe William Teo’s work, allowing it to take a once unique position in the Singapore theatre ecology. This is a case where power is being used to put to compassionate and humane use in supporting a fellow artist’s work, rather than used to set-up power centres of influence grouping theatre practitioners into different parties, gesturing politically towards one and another. I speculate that it is the sense of community, sense of audience participation and interaction of William Teo’s work that have made Kuo Pao Kun contemplated on the term, as both artists believed that the theatrical experience was not just restricted to the stage, but in life as well. Unfortunately William Teo’s untimely passing at an early age has not allowed this unique independent voice to flourish in the Singapore theatre scene. What’s heartening is Kuo Pao Kun’s attempt in keeping the voice alive through the use of power endowed upon him. Again, unfortunately, he could not have done more than what he could, for he too passed away in 2002.

Power and the independent voice — though seem to be odd bed-fellows — conventionally seen in opposition, can compliment each other in moving an independent voice forward, only in the right hands, in the right spirit, in the right moment, not through hegemonies. Hence, discussions pertaining to power and the independence voice should not be viewed simply as binary opposites. For there is another human aspect of this relationship that needs questioning: the agenda of those in power, those who created hegemonies, be it intentionally or unintentionally. That’s a question to be left in another article. But what’s certain is Kuo Pao Kun did help William Teo keep his independent theatre spirit alive for a year (2001 to 2002). Now it is up to us to continue their spirit in mutually supporting fellow artists in our own respective art practices, bearing in mind the agendas we hold, constantly reflecting on them, ensuring that they must contribute to humanity.

Screenings of theatre productions & a  forum with theatre practitioners

Forum:  “A view of total theatre”