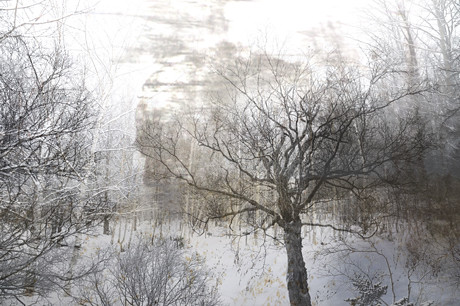 Picture: Esplanade Theatres on the Bay

Esplanade – Theatres on the Bay presents

Daniel K — A Young Artist Award recipient in 2008 and among The Straits Times’ “Faces to Watch” in 2007 — works with lighting designer Fujimoto Takayuki (aka Kinsei) from Dumb Type and sound artist Chong Li-Chuan for this multi-media dance performance.

The elusiveness of memory. The transiency of movement. The lightness of love. Can each moment be grasped before it slips away to be imagined again?

Hokkaido (Or Somewhere Like That) takes you on a hypnotic journey of recollection, evoking a relationship between love lost and love found. In his latest work, daniel k choreographs an intricate, nuanced performance of dance, video and light, and animation, set to a minimalist electronica soundtrack. A vast snowscape of Hokkaido emerges against shifting light and shadow, in tandem with dancers daniel k and Ming Poon who move across flickering images of altered time, seeking to remember what they each have forgotten…

A dance performance not to be missed.

Naturalism in Theatre has its Relevance in Shaping Human Experiences, through Design and Stage Blocking.
2010 Macau Fringe Festival ｜第十屆澳門城市藝穗節 ｜Critics Meeting Each Other | 藝評人小聚