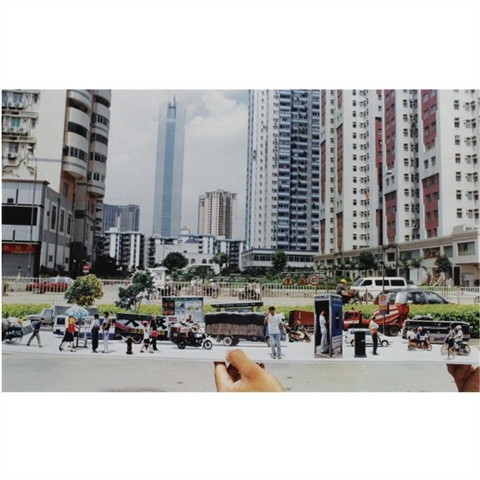 Talk to be conducted in Mandarin, with simultaneous translation in English Language.

Venue: The Back Room, Post-Museum

The talk will be made available free of charge, but a donation of $5 per person is grealy appreciated. For Post_Museum is Singapore’s only independently funded arts and culture space in Singapore.

The city of Guangzhou, located near the border with Hong Kong, has experienced the forces of cultural and economic modernization more than any other city in China. As the first city to open itself to the outside after the Cultural Revolution, this vital, booming metropolis embodies the contradictory forces colliding in contemporary China; its socialist economic and political systems are attempting to adapt (or resist) the cultural juggernaut of capitalism. Perhaps no one has commented on this conflicted state of affairs more succinctly than the Long Tail Elephant Group (or Big Tail Elephant Group), a group of Installation artists whose art examines and challenges the rapid changes taking place in Guangzhou.

Despite the fact that the artists do not work together — they prefer a kind of anarchic communication to any hierarchical form of order — the members of the Long Tail Elephant Group nevertheless have a common goal of questioning the modernization of China.

Take, for example, the work of Lin Yilin. For “Manoeuvre Across the Lin He Road”, Lin built a brick wall on the side of a major thoroughfare in Hong Kong, then moved it brick by brick across the street, creating an enormous traffic jam for the duration of the piece. The wall functions as a symbol of national and cultural borders; by moving it across the street, and creating urban chaos in the process, Lin showed the precarious position of nations when their political and economic borders shift. It also functions as a resistance to the forces of modernization of which the city of Hong Kong embodies.

The work of Xu Tan, another member of the Long Tail Elephant Group, deals with a similar theme, but in a lighter, more playful manner. Assembled from gourmet-restaurant crab and lobster, images of Arnold Schwarzeneger, garish copies of Renaissance paintings (which Xu creates himself), bright neon light, and a vast array of other kinds of cultural memorabilia and kitschy junk, Xu’s installations are commentaries on the chaotic aggregate of culture and commerce China has become in its recent modernization. But the commentaries are not criticisms; Xu seems to hail chaos as the New World Order, and schizophrenia as this order’s ontological correlate.