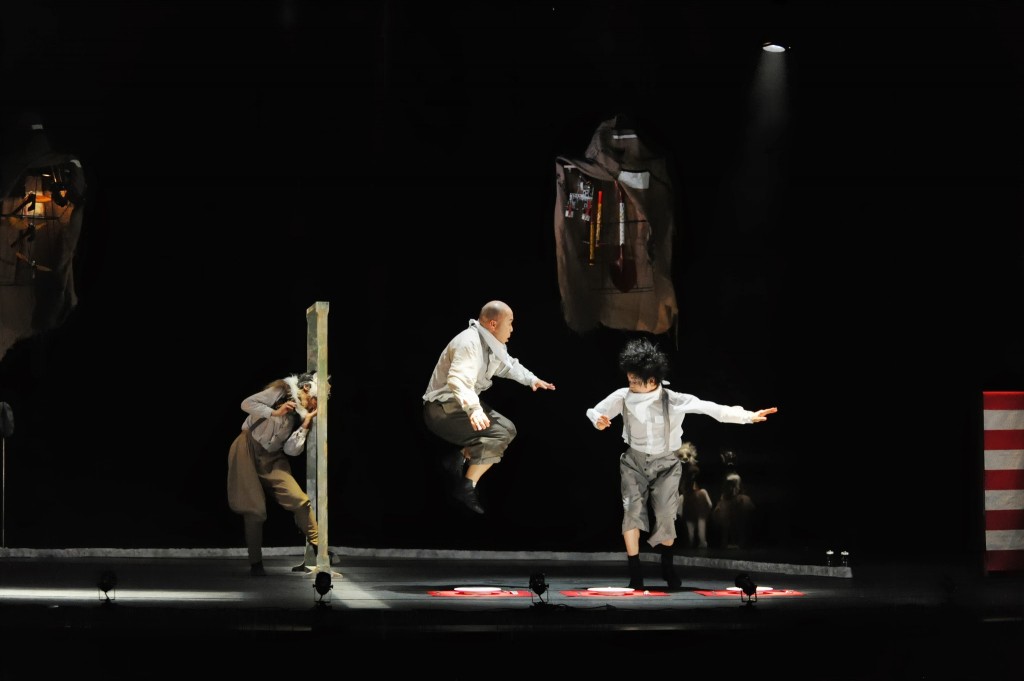 At the end of Japanese director Hiroshi Koike’s performance of The Restaurant of Many Orders, in the talk-back session, veteran Malaysian dance academic Dr Joseph Gonzales — in response to Mr Koike’s work — said that creativity could not be taught. Almost immediately, another member of the audience responded that it could be done. She went on to explain how stories and visuals were used in inducing creativity, using examples from English speech and drama lessons. She has missed the point. Actually, what Dr Gonzales was referring to is — the best imagination could only be produced when one believes in his/her artistic direction with great conviction. This form of imagination cannot be taught, for in order for it to surface, one needs to have sufficient internal resources, coupled with external skills that have been honed through many years of experience. Imagination creates art. The characteristic of a piece of art is aesthetics.

Aesthetics has been narrowly referred to as beauty on the surface, the way how an entity looks, between the binary of beauty and ugliness; neglecting another two aspects: taste and sentiment. Although the creation and appreciation of beauty is basically what aesthetics is about, a large part of it is one’s personal philosophy in defining what’s to be or not to be appreciated, and created for that matter. A artist’s sentiment reflects his/her value systems, opinions, critique on issues at hand. It could also be his/her feelings about how the world looks and feels, in his/her own way, in images on stage. The choice of the elements is predicated on the artist’s own taste, or simply his/her preference on what goes on and off the stage.

Japanese director Hiroshi Koike has his own unique blend of aesthetics. From the works of his former dance company Pappa Tarahumara (I have got a good opportunity in catching Spring Day in the Singapore Arts Festival), to the present work The Restaurant of Many Orders (presented by the Hiroshi Koike Bridge Project), the “Koike unique blend of physical theatre” rooted in the mysterious and human delusion is clear and defined. He is an artist who defies conventional dance and physical theatre with the aim to bring about the most basic and essential in human physical movements on stage. What could be said about his theatre is — a surrealistic world of human natures powered through infinite imagination created by bodies from different disciplines.

Anchored on Japanese writer Kenji Miyazawa’s original story about three hunters who have failed to hunt anything at the expense of their hunt dogs. Their obsession with money and eventually for food (reminiscent of the sins of greed and gluttony) brings about their eventual demise when they discover that they are in fact devouring human bodies presented as western dishes.

Actors Koyano Tetsuro, Sae Namba and Ayako Araki gave a superb performance. Their physicality is uniquely trained, with dexterity, executed adroitly in motion. The scene where they were caught in the storm was extremely well-choreographed and executed. Actors were in-sync with each other, to great chemistry. Team work was at its best when all three of them had to clear the forest hunting for their prey. What’s beautiful about the production is how seamless all three of them tell the story to the audience without a spoken line. Each part of the bodies conveys the message it needs, not too much, not too little.

This could only be done through years of training, till a point where one could activate any part of his/her body responding to the call of the director, in expressing what needs to be expressed: emotionally, physically, vocally, allegorically. Each and every body is ready for creative work.

In this day and age, nothing is pure and original. Every aesthetic element is a re-creation of something from the former. As much as most cultural theorists might proclaim that we are in the age of postmodernity — a condition where pastiche, and cut and paste reign in the present society. There is one particular postmodern theorist, Russian-American Slavist Mikhail — who believes that postmodernist aesthetics will eventually become entirely conventional and provide the foundation for a new, non-ironic kind of poetry, which he describes using the prefix “trans-“. (1) As much as his reference is to what’s happening in Russian art, but the idea of “trans”- gression could be borrowed to serve as a presupposition to Hiroshi Koike’s unique theatrical style of physicality. These physically advanced bodies of the actors tell unique stories that will extend one’s imagination to limitless boundaries.

Slavist Mikhail Epstein states, “In considering the names that might possibly be used to designate the new era following “postmodernism,” one finds that the prefix “trans” stands out in a special way. The last third of the 20th century developed under the sign of “post,” which signalled the demise of such concepts of modernity as “truth” and “objectivity,” “soul” and “subjectivity,” “utopia” and “ideality,” “primary origin” and “originality,” “sincerity” and “sentimentality.” All of these concepts are now being reborn in the form of “trans-subjectivity,” “trans-idealism,” “trans-utopianism,” “trans-originality,” “trans-lyricism,” “trans-sentimentality” etc.

Dispelling the Myth – Performing Arts and Entertainment
Perhaps, A New Aesthetics for Chinese Dance With Wushu in Malaysia