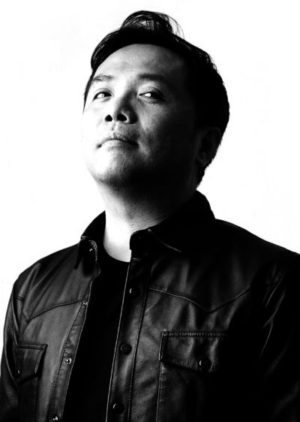 In the upcoming event organized by the Taiwan Design Centre called Design Perspectives X Golden Pin Salon, Taiwanese designer Rock Wang (Designer-in-Chief, Qiao Design) will share his experience in Chinese-inspired (Huaren Design) in his work, not only in Taiwan, but also in other parts of the world. What’s interesting is his philosophy that Huaren culture (Culture of the Chinese peoples) is a melting pot. He has used his theory called the Cocktail Theory in his designs. It will also be interesting to hear his perspectives about the goal of design in creating unique mixes and blends.

Southeast Asia is all about mixes and blends. It has been a source of inspiration for the West, which stretches back during colonial times. However, in recent years, with the Chinese’s new stride towards a new modernity under President Xi’s leadership, there is a new wave of influence into Southeast Asia. Singapore and Malaysia are experiencing this new phenomenon, albeit in with different perspectives and strategies to counteract it.

It would be interesting if Wang could relate his work Tea Party Project organized in the Taiwan Creative Expo in 2015 to the already mixed blend of Chinese culture in Malaysia. His project In the Mix, an exhibition featuring the marriage of East and West in the form of tea cocktails mixed by renowned Taiwan mixologist Aki will be a good chance for a conversation with the efforts of local tea enthusiasts led by Purple Cane Tea in Malaysia, whose efforts in promoting tea culture for twenty over years have been nothing short of phenomenal. Rock Wang’s quote has reference:

“Liquor culture was one way that the West influenced the East.”

“Tea culture is our way of striking back.”

On another note, the following words in the interview on Rock Wang also have resonance:

“Huaren design resonates deeply with the In the Mix concept. This is Wang’s cocktail theory: ‘To talk about huaren design, we must first talk about huaren culture. There is no such thing as pure huaren culture anymore. Huaren culture is like a cocktail. In Taiwan, we have aboriginal, Japanese, and American influences, not to mention influences from all over China; in Hong Kong, we are influenced by British and Southern Chinese cultures, and in Singapore we are influenced by Malay, British, and Indian culture. In China, Communism and the Soviet Union have been highly influential in addition to traditional culture. All these places have a unique cultural cocktail with its own special flavor.’ (Design Perspectives, 2017)”

“Be yourself” might not be as easy as it seems, for the personal in political.

Rock Wang is now the chief designer of Qiao Design Studios. He has a Master’s Degree from Design Academi Eindhoven, IM in the Netherlands, and he also teaches at the Department of Industrial Design at Shih Chien University and the Department of Industrial and Commercial Design at National Taiwan University of Technology. He has led design teams at Do Design, Zoe Design, The One, tittot, and Lin Ceramics Studio. Starting in 2012, he has been the director of Tea Party; the two editions of Tea Party received the Design for Asia Identity and Branding Award and Culture Award respectively in 2013. He is the first huaren designer to become part of the collection of Droog Design in the Netherlands, the Vitra Design Museum in Germany, the Design Museum in London, and the Missoni collection in Italy.

First to be held in Kuala Lumpur, Malaysia, the Design Perspectives x Golden Pin Salon breaks away from the usual format to be inclusive of a broader spectrum of design when it comes to culture. Urban identity designer William-Harald Wong represents Malaysia on this platform to share his experiences working on multicultural projects and his understanding of cultural heritage as well as the Chinese culture in design – where he is rooted in.

Listen to talks presented by award-winning design gurus from Taiwan, Hong Kong and Malaysia. Join them as they share how culture and design meet to transform abstract ideas into a commercial product – one that has the potential of winning a Golden Pin Design Award!

*The session will be conducted in English.