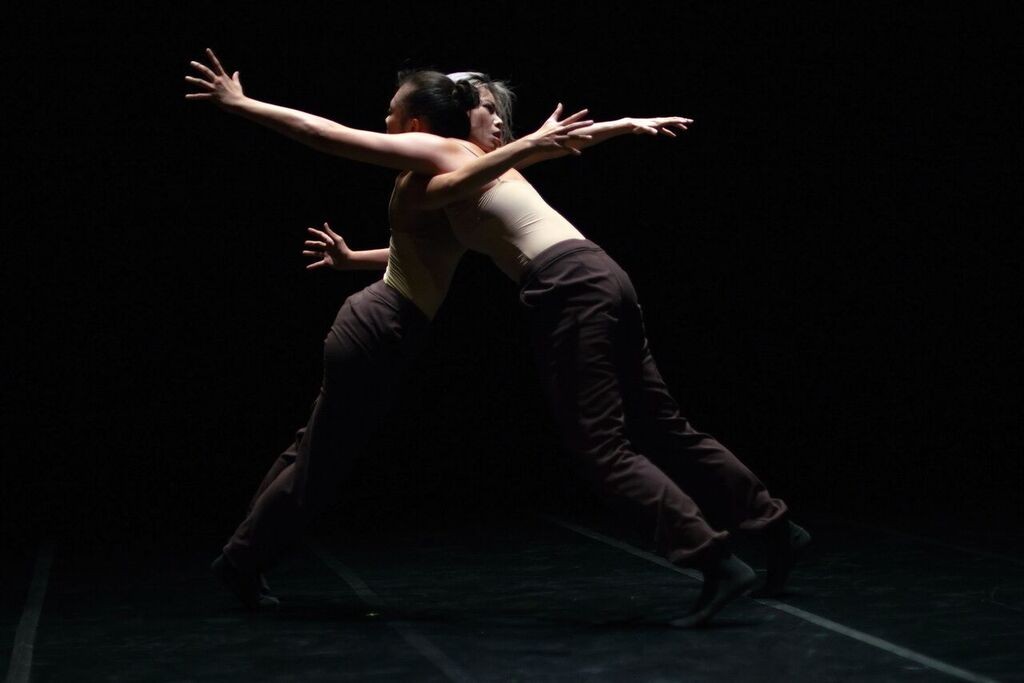 Singapore dance company T.H.E. Dance Company premiered three of their pieces in Malaysia over the weekend. They are a part of the international dance festival presented by them and the Damansara Performing Arts Centre (DPAC). Three pieces of work are Pellucid (Choreographer: Kuik Swee Boon), Dos Cuerpos (Choreographer: Iratxe Ansa) and The Highest Animal (Choreographer: Jacko Siompo). Having watched many performances, there are some that baffle me, not because they are difficult to watch, but they don’t seem to engage the audience, not to me at least. Some dance performances prefer to showcase technical skills, while some prefer to articulate their philosophies. There are others who simply want to dance. However, at the very least, dance cannot be separated from culture. Every choreographer and dancer has his/her personal culture. The body is a container of culture, and within it culture is being reinforced by cultural habits. To me, engagement occurs when culture is being reflected, analysed and articulated in a performance.

The beauty of choreographer Kuik Swee Boon’s style is also his most intimate enemy. In his piece Pellucid, bodies and light are two most important components. Dancers hurled themselves in different directions responding to the ebbs and flows of the choreography. A single light source was also used to illustrate how a single stream of light could be directed onto the bodies, not only to achieve illumination, but also silhouettes that form part of the total aesthetics Kuik had tried to create. However, the most fundamental principle of light to illuminate seems to have been forgotten, for the sake of aesthetics. There are many instances where dancers’ bodies have been buried under darkness. In my conversation with Kuik after the performance, he told me that illumination was not at its best in the performance I saw. He had hoped that light would reflect from the source via the bare grey wall rather than directly from the light source. Beauty, notwithstanding; bodies of dancers need to be seen. On another note, the beauty in which Kuik has been aiming for anchors on the technical dexterity of the dancers, but not vocabularies derived from their own intellectual and spiritual discoveries. The former privileges good training and executing choreography well; the latter, improving the texture of the existing choreography in the different performances. All in all, T.H.E. Dance Company dancers are worth mentioning. Dancers Kei Ushiroda and Brandon Khoo are deserving of praise for focus and groundedness.

Spanish Iratxe Ansa’s piece Dos Cuerpos focused on the “conversation” between two women. Likened her piece in programme A of the festival, she focused her choreographies on women’s bodies. This choice is purely personal. In the descriptive text of her work, she took on an ambitious journey to explore many issues, ranging from identity, to company, to interactions, to the ephemerality of physical bodies, to name a few. However, the thesis of the work is unclear, for every dancer has executed the movements and sculpted the images required to showcase the relationships between the different concepts, but not anything else, spiritually. The central idea was not clear. No conclusive takeaways were given. However, by just reading the dancers’ bodies alone, I was able to appreciate the journeys the bodies went through, from denial to acceptance, from anger to helplessness, from not letting go to the forced reality of death – All of them provided a good piece of experiential theatre.

Fellow colleagues in the Malaysian performing arts scene I have spoken indicated much interest in Jacko Siompo’s work. They looked forward to it with some anticipation. Indonesian aesthetics is acquired taste. It might not be everybody’s cup of tea. In his satirical take on Man being the highest animal attempting to give the most intelligent answer about chickens on stage. The Highest Animal is perhaps the most intellectual of them all, with lots of humour built into the choreography. The piece was extremely demanding on the dancers (Anthea Seah, Brandon Khoo, Chia Poh Hian, Evelyn Toh, Kei Ushiroda, Wu Mi and Zhuo Zhihao). The better the dancers made fun of themselves, the more heart-wrenching the piece will be. Dancer Zhuo Zhihao’s body has obviously matured. Quick and fast-like movements of animals might not be his forte anymore (Years ago, he impressed audiences with his lightning speed leopard-crawl); however, there is gravity. I look forward to seeing him in more grounded dance pieces focusing on the lower limbs. Nonetheless, like any other professional company, the veterans exit and new entrants take over the reins of these senior dancers. Dancers Kei Ushiroda, Anthea Seah and Brandon Khoo could be ones to watch out for. I avoid drawing comparisons among all three pieces of choreographies. If I had to make a choice, Jacko Siompos’ piece resonated with me most.

Over the years, T.H.E Dance Company has improved in leaps and bounds, albeit how the norms of how professional arts companies should be run in Singapore. The National Arts Council has also given it considerable support. As it matures and becomes a professional dance company, the edge it used to have will inevitably wane. In Singapore, we saw the Singapore Dance Company had its days and now, it is gradually becoming a while elephant. On the other hand, D’Motion’s programming has improved and taken its place in the Malaysian dance scene alongside the more established dance festivals, albeit an institution-to-institution initiative, Tari, by Malaysian arts university ASWARA.