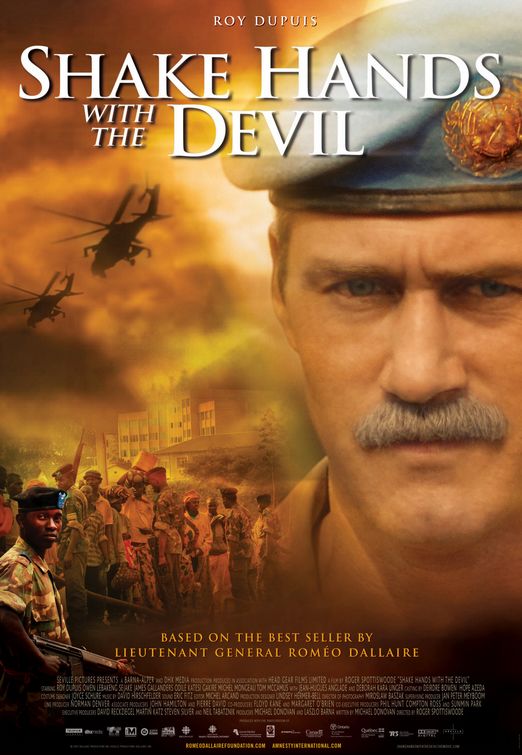 Film study: Shake Hands With The Devil – The Politics and Aesthetics of a Filmed Memoir

In late 1993, when Lt. General Romeo Dallaire received the call to serve as force commander of the UN mission to Rwanda, he thought he was heading off to Africa to help two warring parties achieve a peace both sides wanted. Instead, he and members of his small international force were caught up in a vortex of civil war and genocide. Dallaire left Rwanda a broken man, disillusioned, suicidal, and determined to tell his story. This is his story.

Rowell Rd Reading Group will be presenting a study of the film adaptation of Dallaire’s acclaimed book on his experience as head of the peacekeeping force in this central African country. Roderick Chia, a researcher on conflict, security and human rights, will host the viewing of ‘Shake Hands With The Devil’ and facilitate a discussion of the political and historical background of the events depicted in the film and book, as well as the aesthetics and themes explored in the film itself.

The Location Map
View Post Museum in a larger map

If driving, there is a convenient multi-storey car park(MSCP) next to Blk 637 off nearby Veerasamy Road (map)